Salutations to one and to all. I am Xetaja, formerly an Executive. If you require any help or assistance, feel free to contact me or any of the staff members available.

That is all is all I have to say.
~Xetaja

WARNING: Arceus. You know for whom this is for.

“…but, I mean, just think about it! Human Pokémon Trainers—”

“Is there a need to specify ‘human’?”

The scratching of a pen upon paper stops. “…To be qualified as an official Pokémon Trainer, you need to be recognized as a Pokémon handler by your regional Association. You need a license for that. Pokémon can’t acquire that license—”

“Why not? I know we have no known cases yet, but are they barred from getting a license? Do we have rules for that? Are we discriminating against Pokémon?!”

“Are you… argh, look, okay, I get it. Not the technical term. Unofficially. What was your point?” The scratching noise continues.

“Oh, c’mon, don’t be like that! You don’t find it the slightest bit interesting?”

“I’ll find it ‘interesting’ when it becomes my next paycheck.”

“You cannot call yourself a real ‘researcher’ if you’re going to call that idea a ‘theory.’”

“Fine, not ‘theory,’ but it’s a possibility, right? It’s said that Arceus shaped the universe with its 1,000 arms, but any depiction of Arceus found today show it with significantly less arms. What if—”

Muscle memory grants them fluid access past the keycard scanner.

“—those 1,000 arms once belonged to Arceus, but after expending an abnormal amount of energy, 996 arms detached or was sacrificed or something and ended up becoming other Pokémon?”

A pair of feet grind to a halt, a pen paused, while the other pair follows suit shortly after. “What.”

“Maybe Arceus’s four feet represents itself, Dialga, Palkia, and Giratina. Maybe that’s why Arceus has a stronger connection with those three Pokémon, and then the other arms ended up creating other mythical Pokémon. Maybe, what we call ‘Arceus’ now is just a derivative of the original Arceus!”

“But, what if? Think about it! There is so much we still don’t know about Pokémon, about the world, about the universe! The universe is too big to not be able to have at least that many Pokémon! And then—”

“Okay, stop. You’re not even making sense anymore… What is it with you and the myths— oh, right. Sinnoh branch.”

“Hey, every region has its myths and legends, you know? I’m interested in all of them! I mean, the universe is always changing, so maybe we, humans and Pokémon and any other creature out there, are all derivatives of the arms of the original one, working together and shaping the universe.”

“Argh, really? You’re bringing it back around like that?”

“Hey, that’s why I’m here, aren’t I? The truth about us. About Pokémon, about the world. We all want to know, don’t we?”

“I can’t believe I’m listening to this.” The pace quickens.

“Maybe they’re dumb, but you know I’m not lacking in imagination.”

“That’s some imagination, all right. Who’s planting these thoughts in your head? The Commander?”

“Nothing’s wrong. I just happen to be very busy.”

“Not that busy to build up this kind of stress. So?”

More silence. Finally, a defeated sigh. “Look, I’m sorry. I know you’re talking to me because you’re worried, but I just…” A furtive glance left and right before drawing closer. “I can’t shake the feeling that there’s something going on. More than what we know.”

Blink. “What do you mean? It isn’t like we’re privy to all the projects going on, so I think that’s a given.”

“No, but, I mean—!!!” Hands fly over the other’s mouth to muffle any questions.

Down the hallway, a figure passes by, but offers no gesture of acknowledgment. Only after the figure vanishes behind a corner for a good few seconds are the hands removed.

A heavy sigh of relief. “That. That’s the problem.”

“‘That’? You’re stressed over by some co-workers?”

“How can you call them ‘co-workers’ when you have no idea who they are or what they do?”

“That isn’t the point!” The hiss comes out more forceful than intended. “You’re not around to see because you’re a field agent, but those guys? I can’t tell one from the other!”

“I don’t have to be a technician to know that the mask thing kind of does that if you don’t know a person. Have you tried talking to them?”

“Oh, please, you just saw that one just now. Didn’t even pay attention to us.”

“Listen to me! I just… they’re beyond creepy. I’ve asked around, and no one knows who they are, what they do, anything about them… it’s like, they’re robots, but they’re definitely humans.”

“Wait, so that’s why you’re so on edge? You’re creeped out by them?”

“Yes, but more than that! I’m worried.” Another sweeping glance of the area for any listening ears. “I’ve been around, and I’m not the only one off-put by those guys, okay? There are rumors flying about that… well, maybe things here? They’re not as we’re told.”

“…What? No, you clearly don’t! Some of the documents we get from the other teams, sometimes, things don’t add up. How do we have these sample sizes? These results shouldn’t be possible, given the participating subjects. Also, we’ve got resources and equipment going into to labs no one works in, but how? I know all sorts of people who invest time around the clock, and no one has ever seen anyone— or anything— enter or leave those labs. They’re locked tight. And, I can’t help but get the feeling… like… Those guys, they come in all shapes and sizes, but some of them are definitely not—”

November 28, 2016 at 10:22pm
Beyond my own shenanigans, this has no current relation to anything else.

Xetaja:
There are many ways to say this. Eeveebot replica is watching you.

Xetaja submitted My version has a banner stick. 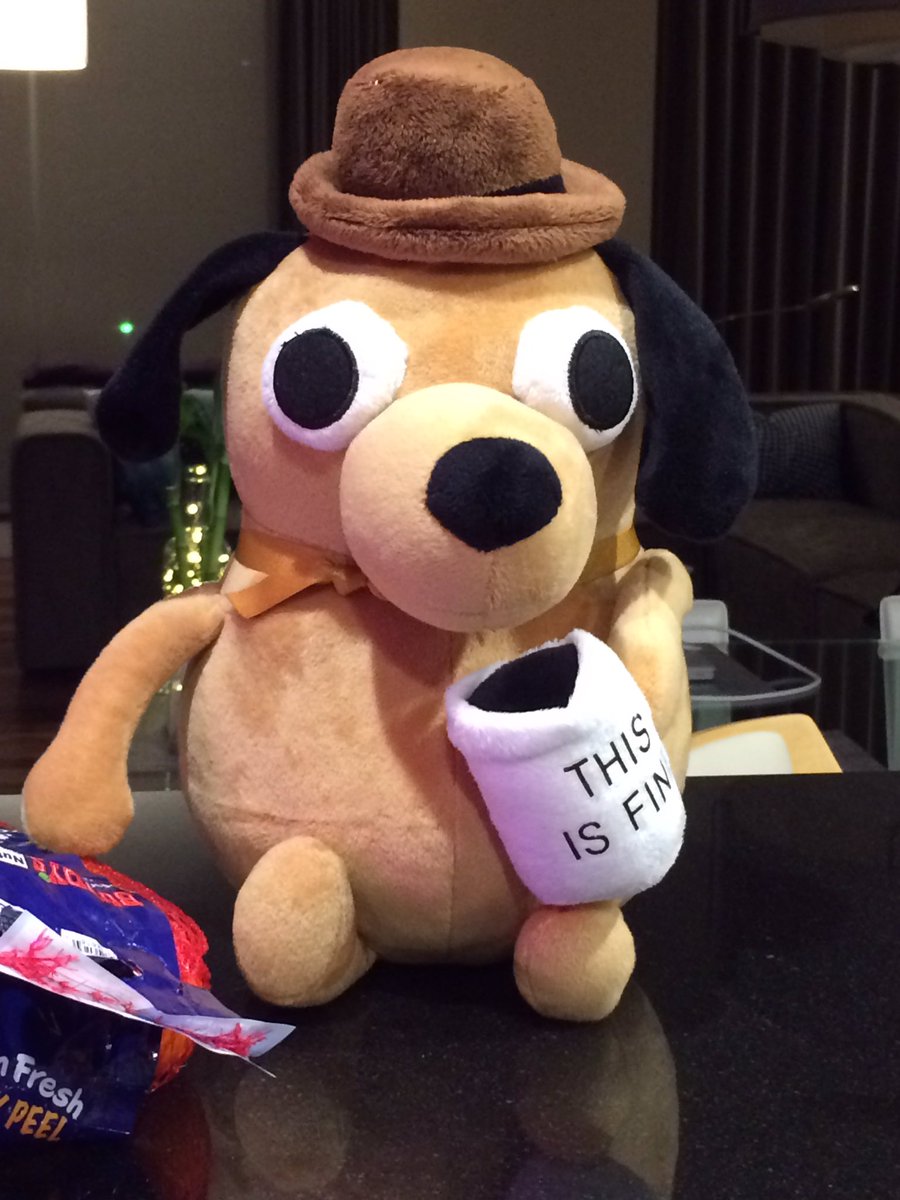 Xetaja submitted No longer staring into the void. Xetaja:
You know that person who throws around words that should be harmless, but then skews them in such a way that people get offended? And then, when you ask them to stop, they get aggressive and don't?

Tone of voice is so weird.

Xetaja:
We've reached December, yet I have still not downloaded Pokémon Go to play for myself. One day, I continue to tell myself.

Sparkleaf:
Quote (From Rai's Stream)
"Xetaja extorts all my money such a bully >:( Also hacks into my account to post statuses because I can't remember the user bbcode."
was this Rai or was this you posting as Rai

Xetaja posted "01 - Titles still need to be 3+ characters" to their journal.
WARNING: Arceus. You know for whom this is for.

“…but, I mean, just think about it! Human Pokémon Trainers—”

“Is there a need to specify ‘human’?”

The scratching of a pen upon paper stops. “…To be qualified as an official Pokémon Trainer, you need to be recognized a These were designed early 2012, methinks... What a time to be alive.

Xetaja:
It's been two days, and I have decided to stop updating the Nuzlocke journal for now. Next time it gets updated will probably be for the Omega Ruby or the HeartGold Nuzlocke.

Xetaja:
Gosh, some people love to give their opinions, don't they?

Xetaja posted "Nuzlocke Shenanigans Abound" to their journal.
For those who aren't aware, I'm trash at Pokémon, so of course, I gotta Nuzlocke and suffer. Rather than litter the stream with passing commentary of my misadventures, I'll just be updating this journal entry.

Xetaja:
In a list of at least 187 OCs that I vaguely paid attention to, none have a given name that starts with "D".

This greatly hinders my ability to form LJND with recycles. JK

Xetaja posted "00 - Titles must be 3+ characters" to their journal.
Hello.
This world is widely inhabited by mysterious creatures known as Pokémon.
Pokémon harbor mysterious powers within them.
They come in many shapes and sizes and live in many different places.

Humans live alongside Pokémon.
Sometimes, as playmates, and at other times, as comrades.
As partners, as friends, as family, and so much more.
The bonds between humans and Pokémon come in many forms, not all good and not all bad.

But, what are humans?
Where do people stand in this world

Xetaja:
I'm looking back at my old Emerald Nuzlocke notes, and I just...

Xetaja:
Goodness, these are old. 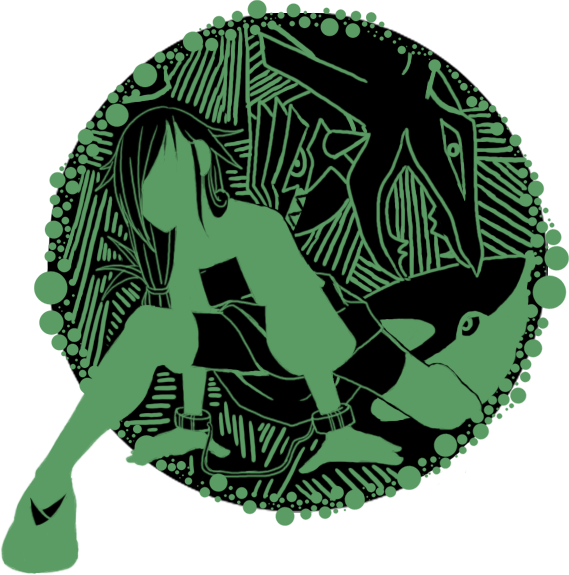 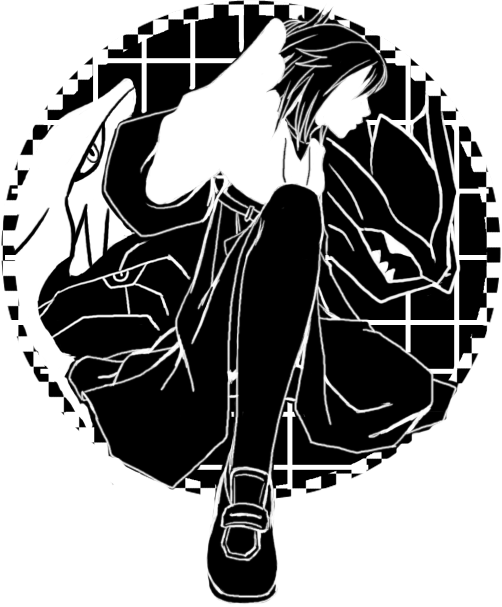 I've cleared out all my journals on Route 50. I'm considering use it for Pokémon shenanigans since it'd be fitting, but hm...

Xetaja:
Quietly laughs because I read 路子 in Chinese. That aside, it sounds vaguely close to 兔子, which is just "rabbit."