My Lord the Doge

We started out best friends

Hi! My name is Mike. I have been a member of Route 50 for about 10 years and I have gone by the username Pope for about as long. I have many good memories here and would encourage you to stay and make your own good memories. The internet is a weird place and it's hard to make friends on it, but Route 50 is a strange haven where I have found many friends. Be kind!

I have this vivid memory of a day in the August of 2007: I scurried up to my Dad - who was busy lying inert (snorlaxlike) on the family couch - and I asked him for parental permission to join a website called Eevee's Headquarters, and he was like sure whatever. Ten years have passed, and I am now a MAN. We survived my being a horrible child and a worse teenager. So, in honor of these past ten years of great conversations, shared fandom, huge mistakes, drama I never should have started, projects that I always abdicated - in honor of all of that, I wanted to FINISH a cool project for this time. So here it is - in beta at least. That's significantly more finished than usual, let's say.

Dialogue, names, and characters were changed. A lot is exactly the same as the original Pokemon Red, so don't go in expecting huge stage redesigns or anything, because there is none of that. Maybe some day a full Route 50 based map hack of a pokemon game would be feasible... but we're getting ahead of ourselves. I did try to sneak in quite a few easter eggs, so please be on the alert.

PLEASE LET ME KNOW IF YOU FIND ANY ERRORS

PLEASE LET ME KNOW IF YOU WANT ME TO CHANGE ANYTHING

Consider this a beta. I played all the way through and changed pretty much everything I want changed. But a result of this is that there might be little glitches or problems that I never caught. (One I am already aware of: the hand in the title screen FREAKS OUT ooh it bugs me so much - but not enough to fix it. Some day.) There should be nothing that renders a point in the game impassable, but if somehow there is let me know!

Even more likely, there might be a chance that I tried to be funny at some point and dramatically failed. I tried to go through the Route 50 quote archive and reference super old stuff that maybe nobody remembers, because I enjoy that, BUT if ANYONE feels like I gave them dialogue that they don't like or is cringy, please let me know. In one of my more delirious moments I probably ended up adding some "lawl random" level dialogue to the game. In fact, don't be surprised if the entirety of the game is "lawl random" level humor. All I can say is that if you want it, I will make an update on your behalf, seriously! (some day) Dialogue is super easy to change.

Furthermore, if anyone wants to be included who isn't, let me know, and I'll add you to the game! The gym leaders and elite 4 are set at this point, BUT a lot of townspeople can easily have dialogue changed if you want to whatever you want to say! You want to be a bystander in Lavender Town? You got it. I can't make you just a normal fightable trainer on the road, unfortunately, because they're... tricky... :(

If you don't have a means of emulating .gbc files, well, if I were a shady dude, I would recommend the GBA emulator visual boy.

You see this list? Are you not on this list? You can be on this list! Just ask! It's my gift to you. You can be enshrined in a video game hack... forever. Digital archeologists will uncover the record you've left in this game centuries from now and write romantic fan fiction about YOU! and that's a gaurantee

Alright, practical stuff aside, let's get to the more metaphysical stuff:

I'm attempting to go back to that edenic paradise that we all grew up in, POKEMON, that garden world that first brought us all together as friends. I'm going to that garden world to take dominion over it and place us all within it. It can't make up for all the times I've been a bad friend or seriously hurt people, but maybe it can be a sign that I love and want to love all, and that I'm sorry for all the times I did much less than love. This paradise cannot make up for the fact that there is suffering in the world and that I've contributed to it; this virtual paradise cannot replace the reality of the incarnate eternity to which we are all being prepared. I hope that this game is not a distraction from the promise of resurrection but instead an image of eternity, a reminder that there is something purer and better than the present form of this world and the death within and around it. There is a better life beyond the current state of souls, where we will have dominion over the creatures, and will in these very bodies glorified play with our friends and serve God forever. Please join me in paradise.

so this game is not based on the present. neither is it a historical depiction of the past. a route 50 game like this is an act of self-mythology and friend hagiography. which is dangerous. but I don't think it's bad to do these things - it just has to be done with an aware mind and a sincere heart. The fictional characters in this game are inspired, shaped, and named after real people, perhaps as they are now, perhaps as they used to be, or how they presented themselves or how I perceived them. This game is my gift to those very, very real human beings. but it does not contain them. Instead, it presents idealized, cartoon records of their souls (however small a record, it is still a soul record). it is a testament of my appreciation of them, and in some cases an apology. Normal history is, of course, still valuable; but in the end everything gets distorted one way or another. Let's say the goal of normal history is to seek truth to testify against our own times, straining against any possible distortion to be as true as possible. The goal of fiction (in this instance) is instead to delight, and to embrace pleasant distortions and deformation in the form of cartoons. It is pleasant to make cartoon versions of yourself and friends. Just as we do history in hope of the day we are enlightened with ultimate truth, I fiction in hope of the day of ultimate joy, and the hope that I would be joined with my friends. I hope very dearly that any and all friends will join me, and I confess that they will do so through no other way but Christ, ruler over the world of flesh and of spirit and all our worlds of fiction. All things cohere because of his power. That's it, dudes. That's what it's all about. But it's ridiculous to say this self-righteously while knowing the horrible / disrespectful / ultraselfish things that I have said and the ways I've hurt more than one person more than one time. I am sorry. I don't know what else to do but to be sorrowful and try to make artifacts of joy and apology, like this game. I hope there will be more things I can give in the future. I cannot replace what I have taken but I am trying to give what little I can.

1
July 29, 2017 at 7:28pm
I haven't gotten a chance to play yet, but when I do I am sure I will have a great time playing it! Thank you so much for spending so much time making this lovely ROMhack! <3
Also I think we've talked a little bit about the past before, but again, I think the past can stay in the past. You have apologized and grown from your mistakes (as far as I can tell, anyway) and that demonstrates your ability to change for the better. Let's look toward the future and make sure the present is pretty sweet too! C:

1
July 27, 2017 at 8:43pm
just started playing. noticed that when you receive the pokedex it the dialogue box still says that "Oak" has given you the pokedex

Just one tiny caviat, maybe instead of suggesting to emulate other Pokemon games, perhaps say to pick them up at the eShop or something? (I know it seems weird since this is already a romhack, but better to stay on the safe side)

1
July 26, 2017 at 11:40pm
AHHHHH IT'S HERE IT'S FINALLY HERE
//starts a nuzlocke and subsequently never finishes chronicling it

Pope:
does anyone happen to still have the rom for the route 50 pokemon romhack I made a couple years ago? the hard drive that I had it backed up on doesn't work now for some reason. (don't worry, I haven't really lost much as far as I can tell besides that rom.) I'd like to know I have access to a copy of that...

Pope:
I just lost The Game. 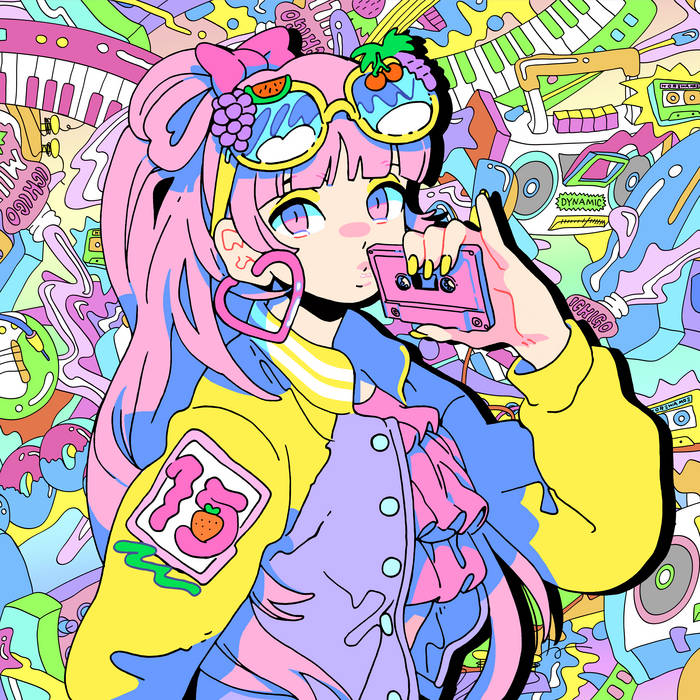 as the weather gets warmer and warmer, I get more and more in the mood for future funk

Pope:
everyone I see is going in for sobble but I am hands down a grookey guy myself

Pope:
her: *whispers seductively* tell me your deepest secrets

me: okay so when I was 14 I wrote this homestuck fan fiction

Pope:
having voice acting for super smash bros is WHACK

Pope:
Hey guys, don't forget that this month is the five hundredth anniversary of the dancing plague of 1518!

We should celebrate. There should be dancing in the streets. (...too soon?)

Pope:
Prefecture in Japan renames itself after Slowpoke for April Fool's day!


GUYS THIS IS NOT RIGHT

do any of you guys have games which you've been procastinating on completing for years?

Pope:
I didn't have eclipse glasses... so I missed it.

Pope posted "A Route 50 Romhack" to his journal.

I have this vivid memory of a day in the August of 2007: I scurried up to my Dad - who was busy lying inert (snorlaxlike) on the family couch - and I asked him for parental permission to join a website called Eevee's Headquarters, and he was like sure whatever. Ten years have passed, and I am now a MAN. We survived my being a horrible child and a worse teenager. So, in honor of these past ten years of great conversations, shared fandom, huge mistakes, drama I never should have started, proje